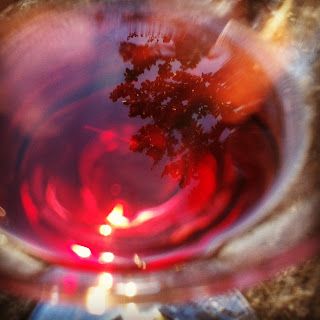 A few years ago I started tasting wine - and recording my impressions - in a different way. I haven’t shared my new approach to wine evaluation with too many people because while it makes perfect sense to me it could appear odd to anybody used to tasting and describing wine conventionally. But a remarkable new book - Neurogastronomy, how the brain creates flavour and why it matters, by neurobiologist Gordon M Shepherd ($40, Colombia University Press) - shows there may be method in my madness after all.

I was taught to taste by compartmentalizing my experience: first smell the wine’s aromas intently, then take a sip and roll it around your tastebuds and, after you’ve spat or swallowed, think about the aftertaste. This stage-by-stage process is employed right through to professional Australian wine shows where scoring out of 20 is traditionally broken down into 3 points for colour, 7 for aroma and 10 for taste, body, etc.

But it began to dawn on me that evaluating wine like this doesn’t reflect the holistic, seamless way that real people experience wine. So I started skipping the initial smell stage and just putting the wine straight in my mouth. And I discovered that I could capture a more complete impression of the wine by doing this because I was experiencing the tactile sensations of the liquid - the tastes and temperature and touch of the wine on my tongue - at the same time as smelling it retronasally, via the passage at the back of the throat that leads up to the olfactory receptors in the nasal cavity.

Now, in Neurogastronomy, Gordon Shepherd corroborates my approach by describing in great detail how it is this combined sensation of taste and smell that leads to the rich and vivid perception of flavour. Brain scans have shown that while taste stimulates one part of the cortex and smell another, simultaneous stimulus elicits a response in other areas of the brain as well.

Not only that, but Shepherd also describes how the flavour system works by using visual language. The olfactory mechanism located at the roof of your nasal cavity, he says, forms unique ‘flavour images’ from the thousands of molecules released by the food or drink in your mouth, much as your brain forms a unique, whole, easily recognisable picture of a human face from the many visual signals it receives.

For me, this is a revelation. You see, as well as using words to describe various qualities in a wine (e.g.: “this Barossa shiraz is jam-packed with dense dark fruit and robust tannic grip”) a few years ago I also started drawing little pictures to represent my experience of tasting a wine: so that same Barossa shiraz, say, might be represented by an opaque black blob surrounded by a sturdy rectangular frame.

As I say, I haven’t made too much of a song and dance about this because, well, at times I’ve felt like a bit of a pretentious wanker. But now I’ve read Neurogastronomy, I don’t feel so foolish at all.

(This is a version of an article that first appeared in The Weekend Australian on March 17, 2012. The subject of taste, flavour and neurogastronomy was also covered by Radio National's First Bite program on March 24, 2012 - listen here)